The live streaming and audiences of competitive and non-competitive eSports have grown considerably throughout the years. We have witnessed changes in the way we view content, more specifically the content we view in the fields of online and offline gaming.

eSports viewership has increased considerably throughout the years. The type of gaming content we view, as well as the ways we view it, have evolved remarkably. One of the very first eSport tournaments to take place was for the popular game Spacewar, hosted by Harvard University on 19 October 1972, with a viewership of less than 1000 people. By comparison, the initial international tournament for the online game Dota 2 in August 2011 received over 1.5 million concurrent viewers, as the first live-streamed e-sports event in history. 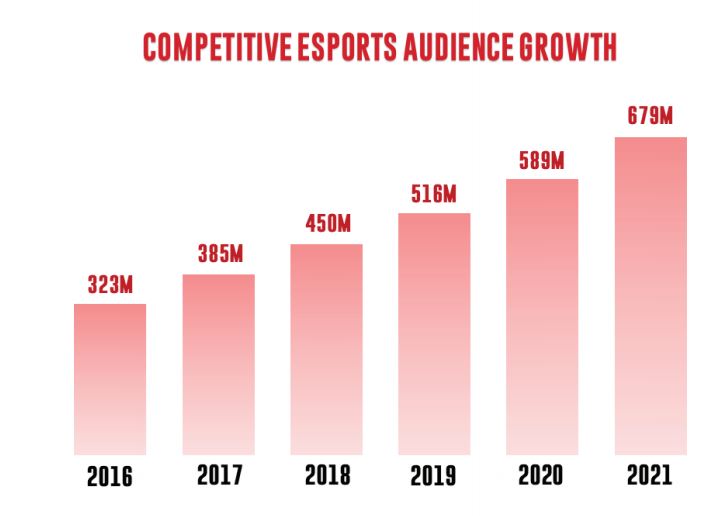 Growth of online viewership has further boosted the popularity of online streaming websites such as Twitch.tv. Today, Twitch has 15 million daily active users, who each consume an average of over 100 minutes of content daily.

A market research report released by Newzoo revealed that competitive eSports alone generated 323 million viewers in the year 2016. Of that number, 162 million viewers considered themselves eSports enthusiasts, while the other 161 million were considered casual viewers .

A separate report by Newzoo in 2017 showed that there were over 2 billion active gamers worldwide in 2016, generated USD $101.1 billion dollars of revenue in the industry3 . This meteoric revenue growth has attracted large sponsorship deals from all areas of the gaming industry, from hardware manufacturers like NVIDIA and AMD, to software developers such as Microsoft. Even digital media giants such as Facebook and YouTube have become involved. 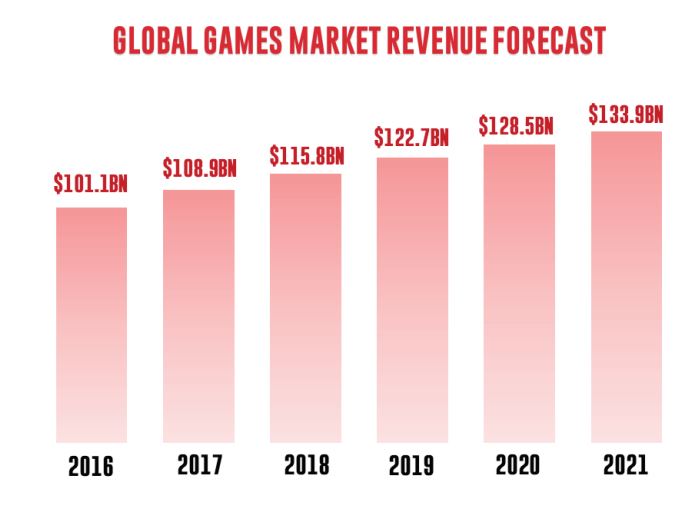 Asura World is a self-sustainable eSports platform, which focuses on the community ecosystem as a whole, this in tune creates an ecosystem that will be self-regulated & self-evolving.

The Asura World platform can be broken down into five major sections:

Fueling Asura World is the ASA Coin, an NEP-5 token which provides a range of functions and utility across the platform.

This will be used as a Coin for payments, bets and stakes, and to incentivize the sharing of quality content, professional guides, forum contributions and more.

Asura World will provide both free-to-use and paid content. The platform will also offer multiple avenues for members to earn tokens, by hosting tournaments and/or contributing content which provides value to the community.

The platform will initially focus on four major games:

As the popularity of eSports continues to increase, so does the market for online betting and wagering. Through recent years, we’ve observed a rapid surge in this market, with reported figures showing a whopping USD $649 million of cash bets being wagered on eSports games in 2016. This “official” figure does not account for betting in unregulated markets, which Eilers & Krejcik Gaming estimate to raise the total to USD $5.5 billion dollars in both cash and digital asset (e.g. skin) wagers.

Eilers & Krejcik Gaming go on to predict that global eSport betting will reach USD $12.9 billion by the year 20204 . It is estimated that this turnover will generate over USD $1 billion in revenue for eSports platforms and operators, from the betting and wager market alone.

The Asura World platform looks to assist the transition from traditional eSports betting through cash and skin wagers, into a more fair and ethical market using digital currency. The platform will create a friendly environment for gamers to follow and participate in eSports events, as well as make bets and wagers on their favorite teams and outcomes. 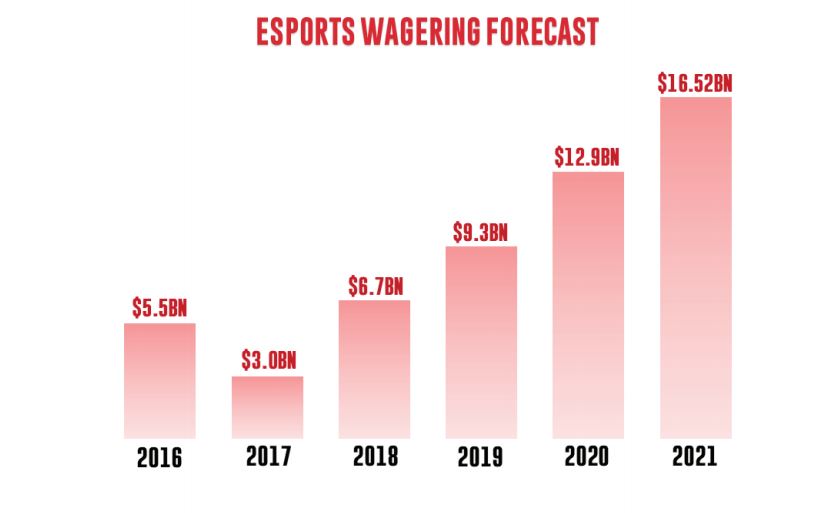 Everything in Asura World is focused on improving user experience and maintaining a wonderful community. We aim to involve the community in the decision-making process for as many facets of the platform as possible, gradually phasing it into a truly self-sustainable eSports platform.

We want users to experience something new and exciting with each and every activity they participate in – especially in regards to betting and wagering. 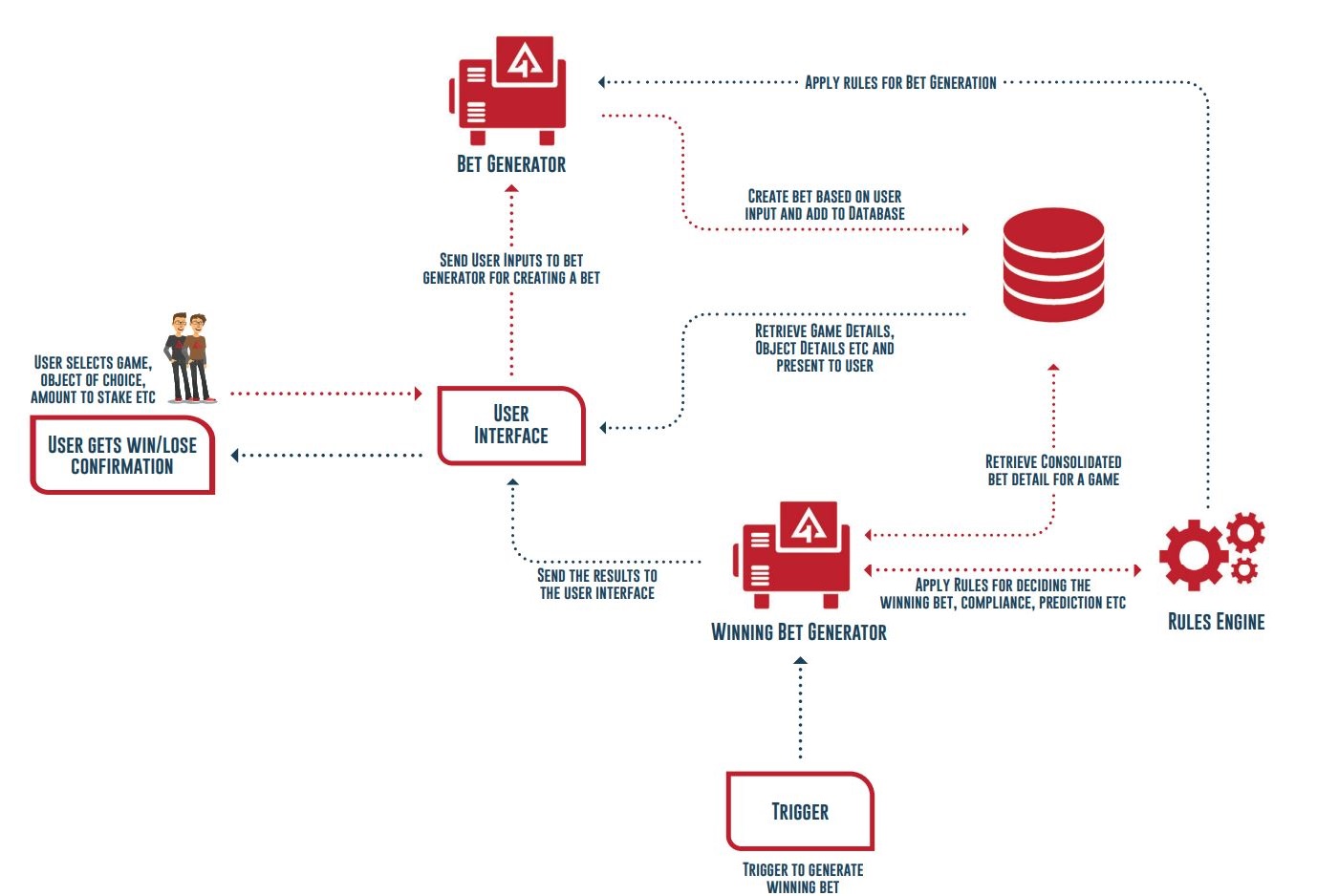 Like any discipline, there is a large market in the gaming community for coaching and guidance, both for competitive and casual players.

Instead of having ambitious gamers settle for outdated learning methods such as observing professional players on YouTube, Asura World aims to provide in-depth game analysis to walk players through the intricate details of professional gameplay. This will include teaching professional decision-making processes, winning strategies, item-builds, skill-builds, situational advice, and so on.

We understand that behind every successful student, there must be an experienced coach. To provide the finest guidance possible, we will recruit top professional gamers and guide them through the teaching process, so that all shared knowledge can be effectively understood and absorbed by the community.

Professional guides will be available in videos along with commentary and annotated images, as research has demonstrated the clear superiority of the use of motion, sound and visual cues for learning, over plain-text material.

One of the primary reasons that the eSport market is one of the fastest growing markets of the 21st century, is simply that people around the world are competitive by nature.

Everyone has an innate desire for competing, winning, and standing out amongst their peers. Rather than just watching and betting on the professionals, we recognize the demand for regular players and teams to exercise and showcase their own skills.

Asura World’s Community Matchmaking, platform users can take the stage and host their own 1v1 or 5v5 matches. To maintain fairness, both parties will agree on prearranged match terms (game, match conditions and amount staked). Upon completion of the term selection, staked funds will go into the Asura World Escrow where a processing fee is charged. Results are automatically determined by our Smart Contract, and the winnings will be released to the winner.

Much like the betting component of our service, having our open source Smart Contract match players and control the gathering and the release of the stake, we can reduce operations cost and unnecessary audits, and guarantee transparency, authenticity, integrity, and fairness. 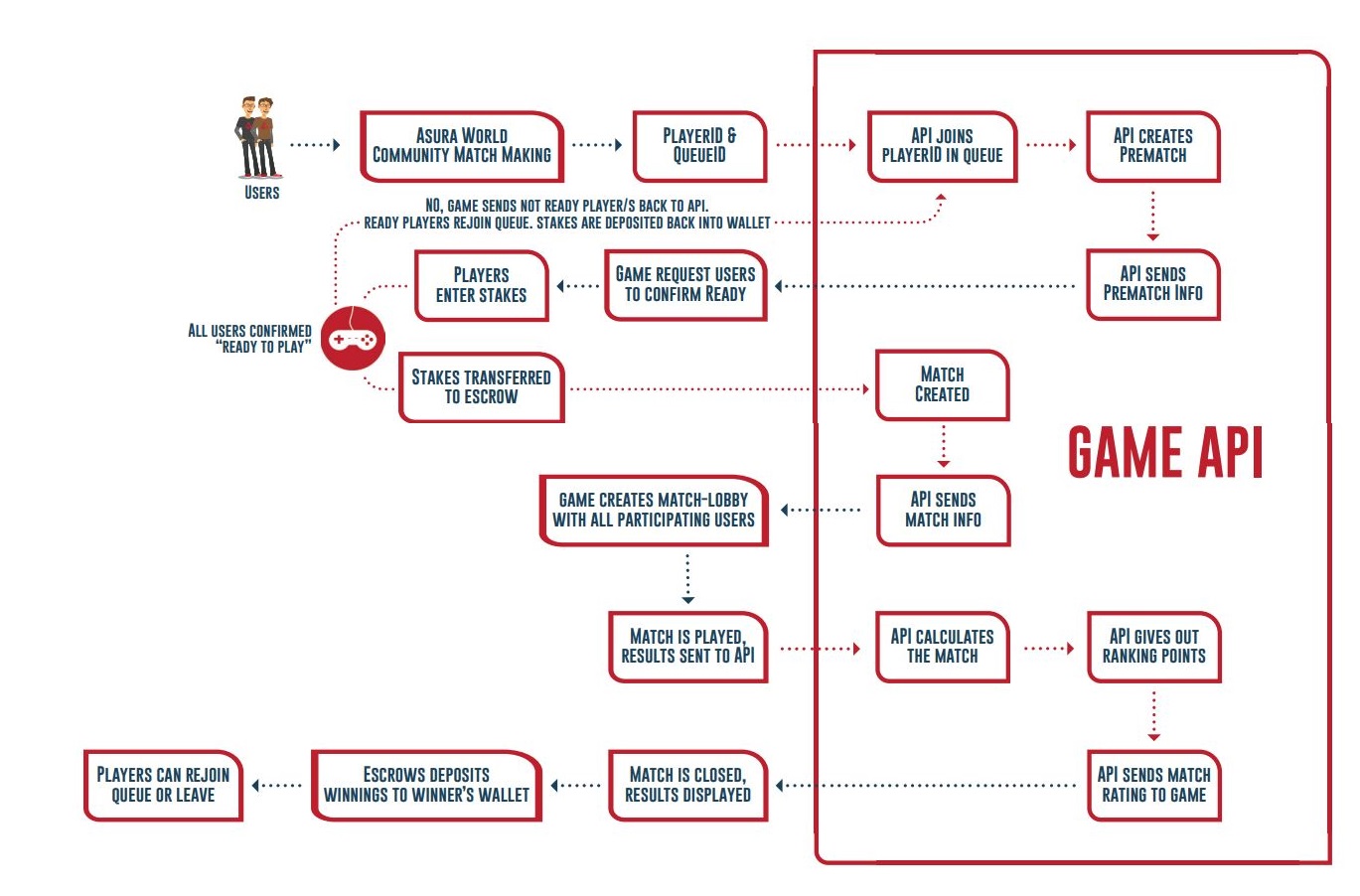 At Asura World, some of us have experience in both organizing and participating in their own local eSports tournaments, and understand the difficulties behind it. Issues often arise such as team absences and time clashes, and overlooked details can result in significant issues later in the tournament. It’s difficult to run a small tournament smoothly through a LAN, however doing it digitally is different.

Asura World will eliminate the stress and obstacles for small tournament organizers, with an inbuilt community tournament platform. This will offer users the ability to host round-robin and group stages for both 1v1 and 5v5 matches.

Organizers simply log-in to Asura World, click the “Community Matchmaking” button, and select “Community Tournament”. The organizer will then get to choose their tournament style, number of teams participating in the tournament, total prize pool, winning distribution, commencement times, and few other small details, to ensure a smoothlyoperating tournament.

To ensure Asura World Community Tournaments run both quickly and smoothly, organizers are required to pay a small hosting fee in ASA Coins for each tournament. Each tournament will be allocated a maximum runtime of 48 hours.