With the advent of blockchain-based, trustless smart contracts, the need for oracle services that arbitrate the outcome of a contract has grown significantly. Most current implementations of smart contracts rely on a single or aggregated set of authoritative oracles to settle the outcome of the contract. In cases where both parties can agree on the authority and incorruptibility of the specified oracle, this is sufficient. However, in many cases, either an appropriate oracle does not exist or the oracle cannot be considered authoritative because of the possibility of error or corruption.

Location oracles fall into this category. The divination of the location of a physical world item relies on the reporting, relay, storage, and processing components of the given oracle, all of which introduce error and can be corrupted. Risks include data manipulation, data pollution, data loss, and collusion. 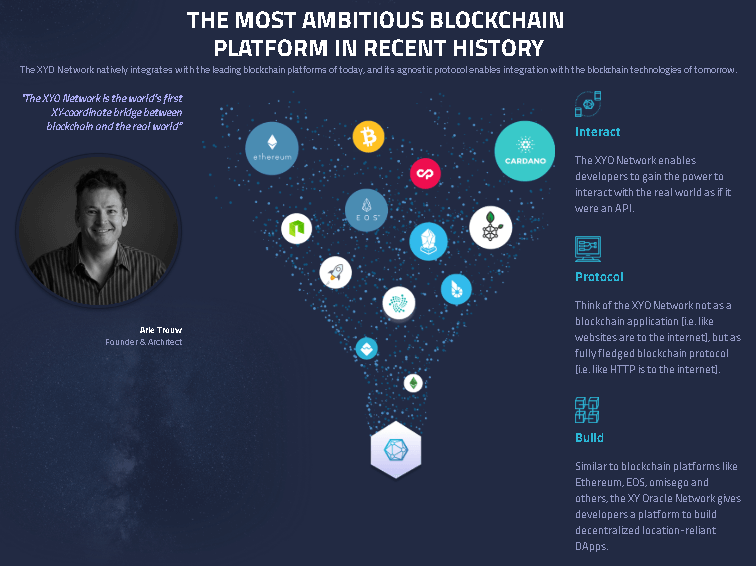 Thus the following problem exists: both certainty and accuracy of the location are negatively impacted by the lack of a trustless, decentralized location oracle. Platforms such as Ethereum and EOS have been used extensively for their power to mediate interactions securely online with the primary use cases involving escrows for fundraising escrows in the form of ICOs. However, up to this point, every platform has focused entirely on the online world and not on the physical world due to noisy, corruptible data integrity of current information channels. The XYO Network has been working towards the concept of enabling developers, such as those writing smart contracts for blockchain platforms, to interact with the physical world as if it were an API.

The XYO Network is the world’s first oracle protocol that makes it possible for two entities to transact in the real world without a centralized third party. Our abstractions allow us to make location verification trustless for developers, creating a protocol with novel use cases that have not been possible until today.

The XYO Network will be built upon an existing infrastructure of over 1,000,000 devices circulating in the world that were distributed through their consumer-facing findables business. XY’s Bluetooth and GPS devices allow everyday consumers to place physical tracking beacons on the things they want to keep track of (such as keys, luggage, bikes and even pets). If they misplace or lose such an item, they can see exactly where it is by viewing its location on a smartphone application. In just six years, the XYO Network has created one of the largest consumer Bluetooth and GPS networks in the world. 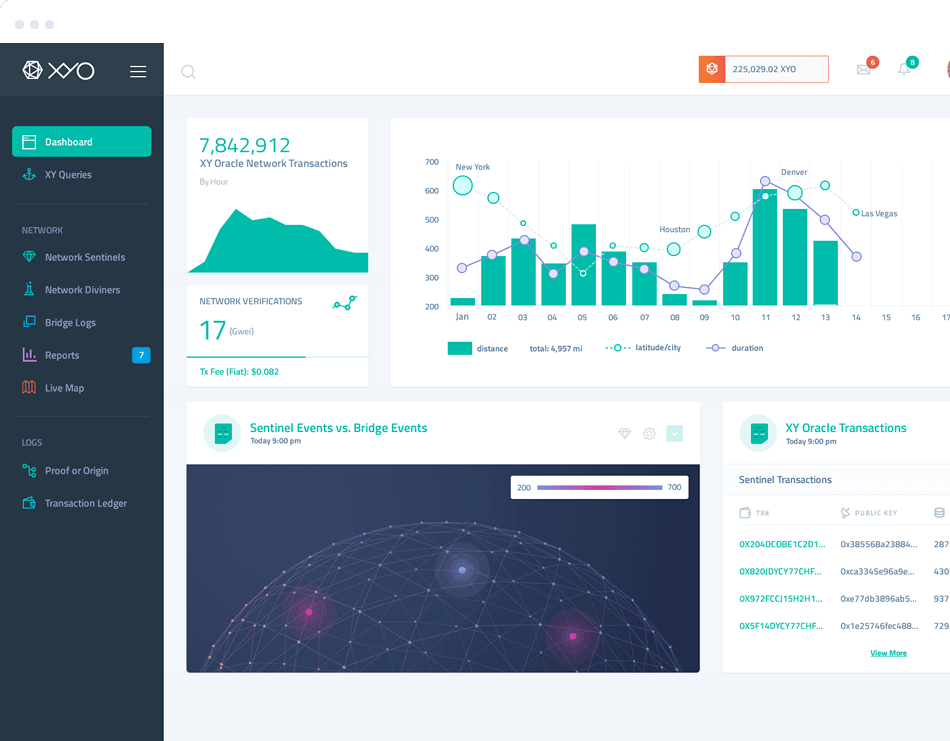 CRYPTOECONOMIC INCENTIVES FOR LONG-TERM VALUE
Built into the XYO Network’s cryptoeconomicssits ground-breaking tools for incentivizing both XYO Miners (crypto-location miners) and Token Holders (with Token Rebates), which encourage healthy liquidity, low transaction fees and long-term value.
ALL UNSOLD TOKENS BURNED AFTER SALE CONCLUDES
In order to award those who purchase XYO Tokens during our current Token Sale period, all tokens that are not sold after the Token Generation Event concludes will be burned; thus the tokens one purchases during the sale becomes a finite, scarce resource, which benefits those who purchase tokens during the sale.
TRANSPARENT & AUDITED ETHEREUM SMART CONTRACT
During the Token Generation Event, the XYO Token uses the Ethereum platform’s ERC20 token standard. To ensure a secure purchase of the XYO Tokens, we have retained a third-party firm to test audit our smart contract to comply with best practices. 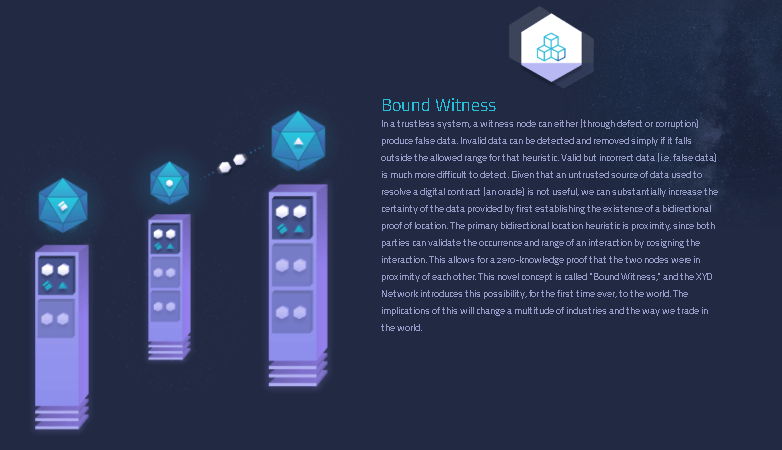 Q4 2017 - XY’s Blockchain-Based Oracle Network Is Born
Development of moving the internal XY location network platform to an open blockchain implementation begins: the XY Oracle Network is born.
Q1 2018: XY Mints “XYO Tokens” to Be Used For Smart Contracts to Access the XYO Network
The XYO Token is created and represents the official currency to be used throughout the entire XYO Network.
Q! 2018 - Public Token Sale to Begin
The Public Token Sale is scheduled to launch on March 20, 2018 and to conclude on May 20, 2018.
Q2 2018 - XY to Complete XYO on Test Network (”XY TestNet”)
XY will complete the development of the XY Oracle Testnet and begin rolling out its location-focused blockchain protocol to its Sentinel devices.
Q3 2018 - XY to Launch XY Oracle Main Network (”XY MainNet”)
XY will issue a complete roll out of the XY Oracle Network to XY its Sentinel beacons and start tests with new Sentinel partners (specifically IoT companies and mobile app developers).
Q3/Q4 2018 - XY to Complete API for Smart Contract Developers to Interact With the XY Oracle Network
Release of the XYO Network API that enables smart contract developers to write contracts to interact with XY’s network. Libraries to be developed: Ethereum Solidity Library, Ethereum Viper Library and JavaScript library for websites to interact with the XYO Network (similar to the Web3.js integration with MetaMask).
Q3/Q4 2018 - XY to Release XY Sticker-Based Trackers, Which Can Be Added to eCommerce Packages
Launch the low-cost XY Sticker product which enables eCommerce retailers to track every single one of their products in realtime.
2019 - XY to Grow Global Network of Diversified Location Sentinel Devices
Grow coverage of XY Sentinels (location data providers and verifiers) as well as other components of the XY Oracle Network (Bridges, Archivists, Diviners).
2019 - XY to Onboard Larger Businesses, Organizations and Retail Companies That Have Use-Cases for Location Verification
Formalize business partnerships with enterprises and larger entities, which can benefit from a decentralized, trustless location oracle (e.g. logistics systems, supply chain companies, auditors, eCommerce businesses and countless other niches).
Tweets by XYOracleNetwork
tweets