Cryptocurrencies no longer require any introduction. Over 15 hundred different versions of “coins” are in circulation, creating a market cap above $300B over 10 thousand markets around the globe, thus rendering this relatively new subject – no longer negligible.

Active developments of various technologies are conquering ever new frontiers, and to that end, VTUUR would like to introduce 360° Video LIVE Stream – the latest extension of Virtual Reality (VR).

We here at VTUUR believe that both We VR and Augmented Reality (AR) provide new dimensions of media consumption which weren’t possible in the past. The combination of VR, AR, AI and Cryptocurrency technologies makes VTUUR a one-of-a-kind platform for both content consumers and creators.

Whether we talk about exotic locations across the globe, or just a neighbour’s party down the road, traveling just isn’t possible for everyone because some people do not have the:

You’ll not only be able to witness and participate, but the information will be presented in a way that you’ll really be a part of the environment.

Unlike many other ICO offerings, VTUUR’s platform is not only a concept; both the app and the platform already have solid foundations and a working prototype. VTUUR’s platform enables people across the globe to stream free and paid unique 360° Videos in the form of Virtual Reality. As far as user types, VTUUR recognizes three main groups:

Tourists, using the VTUUR app,are able to experience places around the world from the comfort of their homes. All experiences will come in the form of 360° Virtual Reality Videos which can be live or recorded in advance. VR Tourists may also order a new experience by booking a Guide using VR Requests. In order to watch paid content, Tourists will have to purchase VTUUR tokens and will be charged in VTUUR tokens while streaming.

Guides can stream 360° VR videos to all interested Tourists through the VTUUR platform by connecting a 360° camera with their mobile device. A Guide can predefine a price for their stream and has the ability to earn bonus VTUUR tokens (amount determined by the system) whenever an ad is displayed in the Guide’s video, no matter if live or recorded, free or paid. The Guide will have the possibility to exchange tokens on the VTUUR exchange for other supported cryptocurrencies or fiat currencies.

Advertisers’ role is not directly related to VR content but rather, they exist as a separate group of users. They can submit ads for Tourists and set preferred goals of daily views, but their content will not be presented instantly. Once the AI detects an active user who will find that ad appealing, the ad will get rendered into the stream. The ad display process can be broken down into the following steps:

Virtual Reality replaces regular reality, whereas Augmented Reality bridges the gap between the physical and virtual worlds. To accomplish that, both still require physical device as a medium. At this moment, there are two hardware options for consuming the VR and AR content: (1) VR headsets and (2) Mobile devices.

There are only a handful of headsets that are currently commercially available. Oculus Rift, Google Daydream, Samsung Gear, HTC Vive and Sony PlayStation VR cover almost the entire market. This is a clear indicator of how young VR technology really is.

Next to VR Headsets, that are still too expensive for the majority of people, there are options to use the mobile device as a replacement for required hardware. Projects like Google Cardboard enabled the use of mobile phones as VR content displays. This solution, however, is also not ideal. Most phones are just not strong enough to support VR in terms of CPU and GPU processing power. Screen resolution is an additional factor that needs to be taken into consideration. Full HD (1920 x 1080) resolution is a bare minimum that will properly serve the VR purpose.

When it comes to VR content creation, the situation is similar, but with more drastic consequences. If the Guide doesn’t have the proper equipment, stream quality will be limited. There are three requirements that the Guide needs to fulfill in order to stream LIVE:

At the time of writing this, both quality and reliability of VR streaming experience will heavily depend on the equipment that Guides and Tourists use. However, since new devices are hitting the global market all the time, mentioned restrictions are slowly becoming a thing of the past. 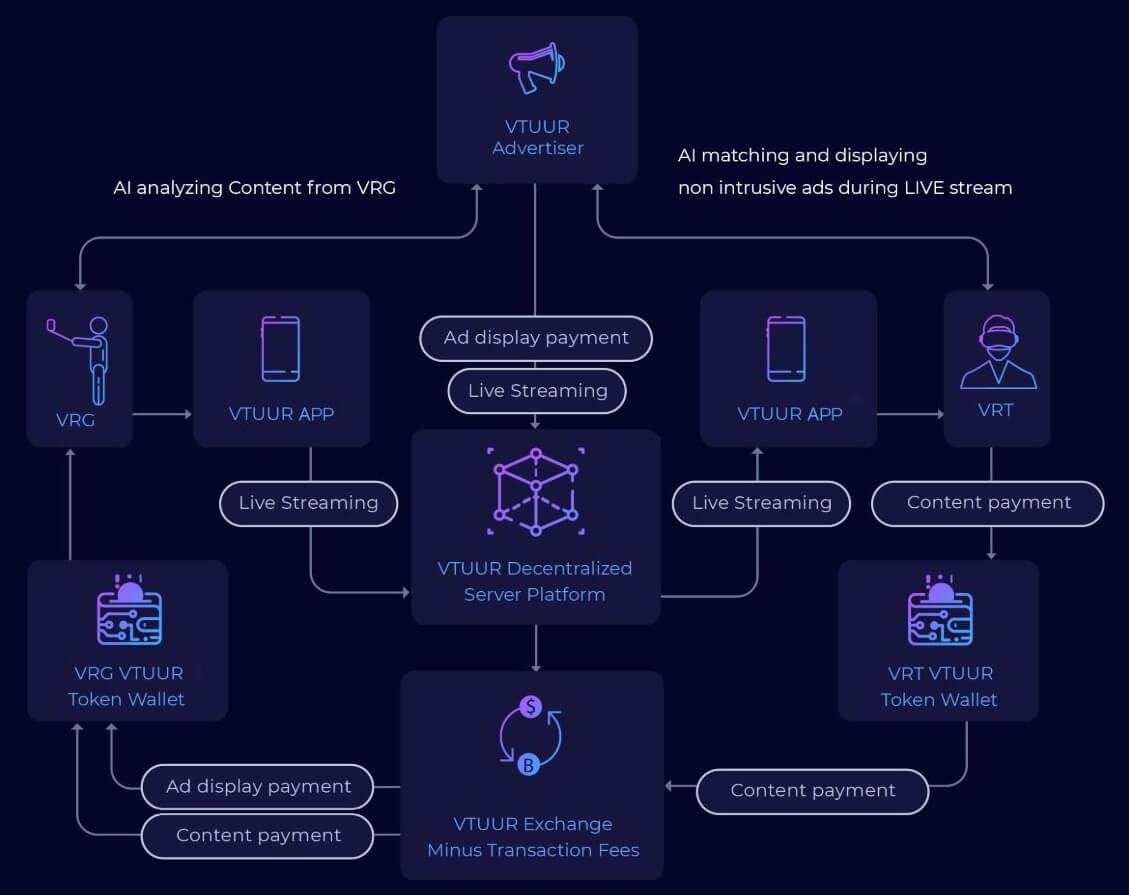 Virtual Reality – The Near Future

What sounded both revolutionary and imaginary when mentioned a few years ago has become a booming industry. Everyone seems to agree with the statement that Virtual Reality is the future of technology and it’s the next environment that will go mainstream. Both AR and VR industries are growing in leaps. According to a recent report from the International Data Corp, worldwide revenues for the AR and VR market are forecast to increase by at least 100 percent over the next 4 years, with total spending set to hit $215 billion by the year 2021. The U.S. is on pace to spend $3.2 billion on AR and VR this year alone, making it the largest market for this new technology.

This not only means that we will see more and more VR devices hitting the market in upcoming years, but mobile devices will adopt this trend too. We will soon start seeing mobile phones with more precise gyroscopes and accelerometers that were upgraded just for the sake of an improved VR experience.

VTUUR makes VR video streaming easy for everyone. By simply connecting your smartphone and 360° camera through our easy-to-use mobile app, you are ready to stream to VTUUR’s users all around the globe. Even though this technology is still young, there are already a few companies that take 360° camera production to commercial levels. At this moment, the VTUUR platform supports the three most popular 360° camera brands (Insta, 360Fly and Garmin).