TokenGo offers a consolidated web platform with personal cabinets and comprehensive information on connected and forthcoming services and projects, as well as the current lCO procedures. 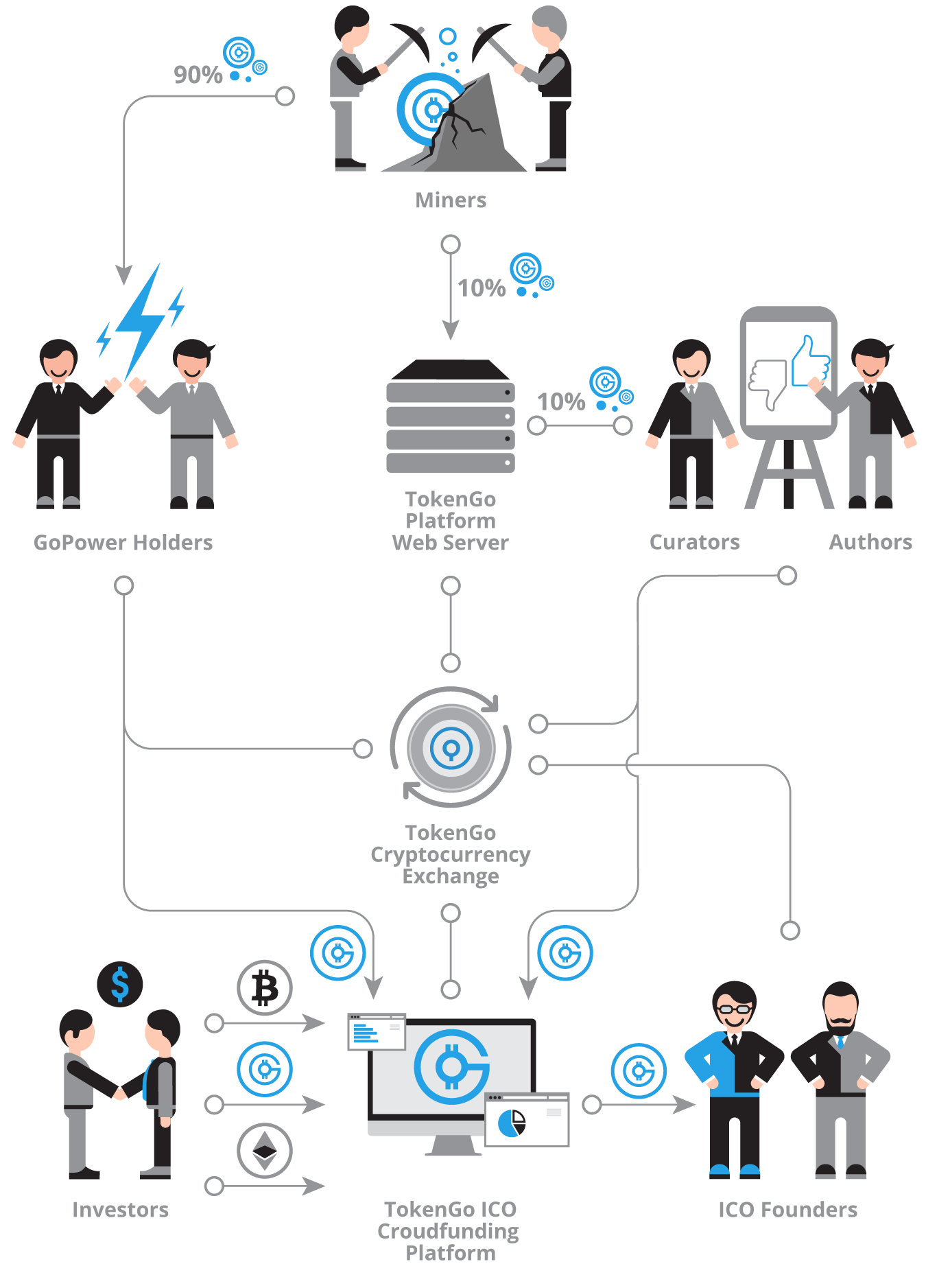 Thus, we enable idea originators and project starters to considerably reduce the ﬁnancial thresholds and simplify the introduction on startups to the market; we ensure complete transparency of financial operations and allow investors to minimize risks.

The TokenGo community strongly supports the concept of economic incentives as the main tool for attracting participants and, consequently,  allowmg them to receive fair remuneration, proportional to their contribution.

The Communlty’s essential objectives include creating high-qualily content and promoting active social interaction among the partlcipanls to ensure an efficient and professional approach to investing. In order to boost this process, we offer an incentive scheme based on a DPoS consensus customlzed modlfication, which involves fair distribution of GoCoins among GoPower token holders and other categories of Community participants. 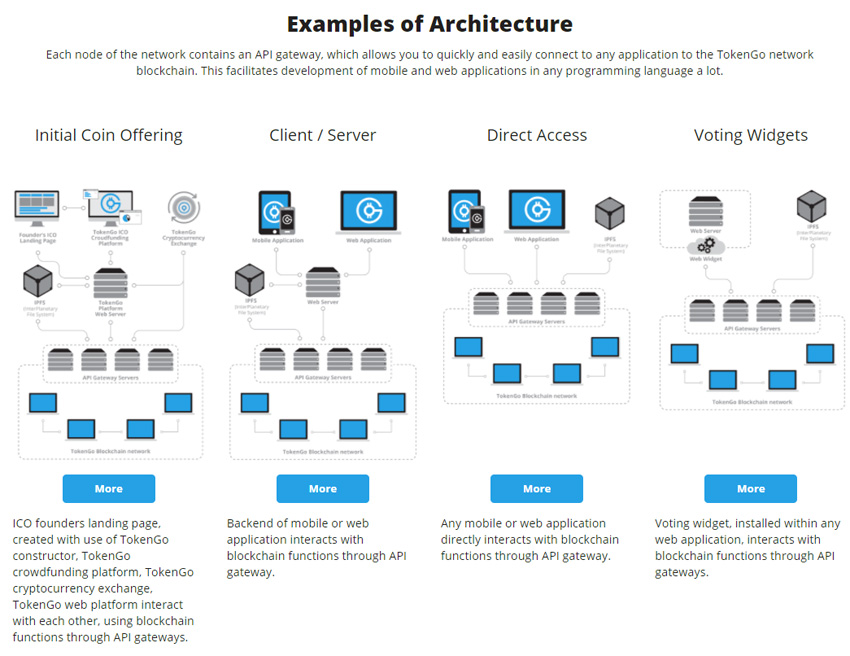 The TokenGo platform is based on blockchain, using proprietary solutions designed and coded from scratch to improve the speed and scaling performance of the network. Owing to its architecture, the TokenGo technology concept provides for easy integration of any mobile or web application with blockchain functions through the simple TokenGo API.

TokenGo is a unified platform with Personal cabinets and systematized information about services and projects, which have already been or are to be connected, as well as about current ICO procedures.

The TokenGo community strongly supports the concept of economic incentives as the main tool for attracting participants and, consequently, allowing them to receive fair remuneration, proportional to their contribution.

The cryptocurrency exchange is an essential component of the TokenGo ecosystem. Its flexible architecture allows integrating an unlimited number of currency pairs. An advanced trading page, simplified balance checking, intuitive simplicity of the interface and synchronizing with Personal cabinets of the TokenGo web platform facilitate and accelerate income generation considerably.

Entrepreneurs and startup and project initiators obviously need comprehensible and easy- to-launch websites to hold ICO procedures, enabling easy integration with the crowdfunding blockchain platform. The TokenGo ICO landing page constructor solves this problem to the full extent. ICO originators are able to flexibly customize their websites to hold ICOs and promptly, in a few clicks, integrate them into the TokenGo web platform.

Why are existing blockchain based smart contracts unable to solve the issue of automation? They lack full integration with the outside world. The unique TokenGo smart contract constructor simplifies interaction with the ecosystem and minimizes the impact of the human factor on the ICO systematization and regulation.