The Abyss as a Next-Generation Platform

A gaming portal with a concentrated presence of MMO games in which a primary focus is placed on motivational programs for players as well as developers. ABYSS tokens are a priority internal mechanism for interaction on the platform (Protocol ERC20 on the Ethereum blockchain). Our gaming platform is to be offered for Desktop (Windows, MacOS, Linux), Mobile (iOS and Android) and Web.

Key Characteristics of the Project:

This system utilizes a principle of affiliate marketing: a maximal income is obtained by players and developers who are the first to bring in users to the platform. The system is oriented at more effectively inviting and retaining users than any other in the gaming sphere. 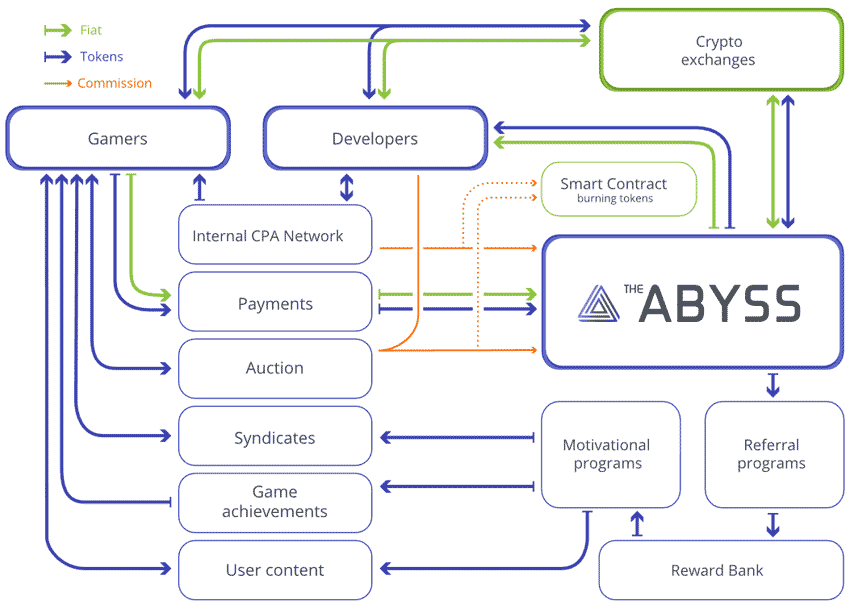