SKARA is a combination of cross-platform videogames & novels. In SKARA’s world, every character and group of players face the same challenging apocalyptic environment from their own unique perspective. 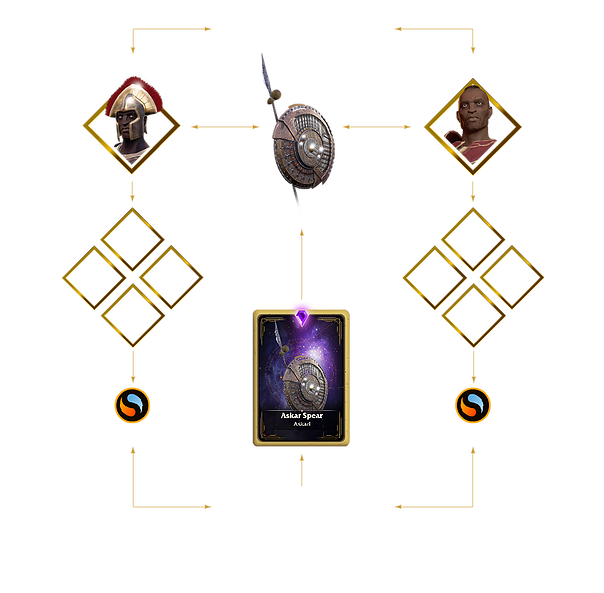 Imagine getting real value while playing your favorite game. In SKARA you can now do this legally.
​
Video games have experimented with purely digital currencies and digital assets for years, often with great success. However, until the advent of blockchain technology, these economies existed in official isolation to the real economy. It is time to change this.
​
SKARA is one of the first games to overcome this barrier by creating a new cryptocurrency in the form of an ERC-20 token based off the Ethereum blockchain called a SKARAT (SKARA Token – SKRT), which can be traded on the open market.
​
Through this new vehicle, participants in the SKARA community will be able to buy, sell and trade in-game assets without having to go to shady black markets.

SKARA goes far beyond a simple video game. SKARA is a rich world thought up by creator Pablo Rodriguez – a world peopled by dramatically dif ferent cultures who compete to survive a cosmic disaster. By combining crossplatform video games with novels and comics, the SKARA Universe is fully intending to become a lasting cultural contribution of the same magnitude as Lord of the Rings or Star Wars. Pablo has been working on the story behind SKARA for more than 5 years. This work has culminated in a debut novel, SKARA – THE TIME OF THE TWO SUNS, which will be published in January 2018. SKARA – THE TIME OF THE TWO SUNS describes the world of SKARA before a planet crashes into the sun, unleashing a violent cataclysm that destroys everything. This post-apocalyptic world is where SKARA’s innovative, team-based action video game begins. SKARA – THE BLADE REMAINS is designed for competitive eSports. It combines AAA level graphics, the intense feel of online multiplayer games with the soul of an RPG.