PayPro is a financial marketplace where any Decentralized Application (dApp) will be able to offer its services. Thus, dApps will be competing among them to become your supplier, not the other way around as with banks.

In order to accomplish this goal, we are building first a universal wallet that will be capable to store most popular crypto-currencies and any ERC-20 token. As soon as we have released the wallet, we will build the marketplace.

PayPro will be built as a decentralized application, also known as dApp. 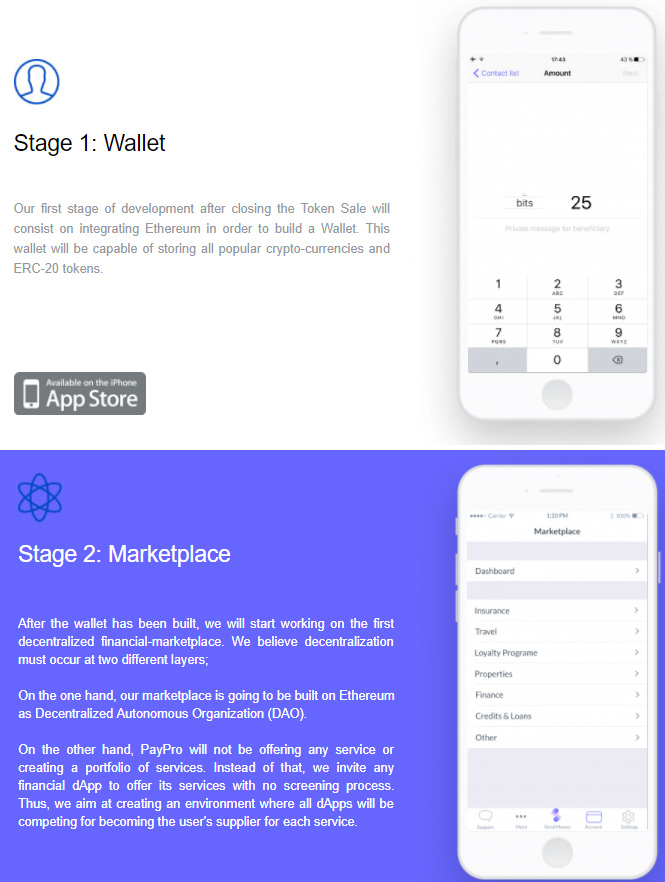 According to David Jonhston, a dApp must meet some criteria in order to be considered as such: 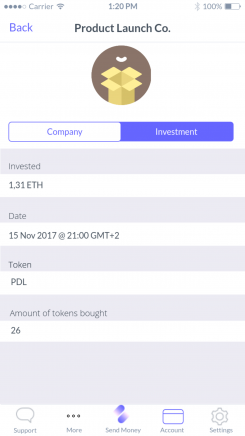 Whereas is true that ETH could be a good candidate, we are reluctant about relying on it due to the fact that we do not share that Ethereum is the final winner for Smart Contracts. Other ventures as Neo (AntShares) offer also attractive opportunities that are very likely to success in the mid-term.

For this reason, we have to issue our own token which will be used as the benchmark for all other currencies offered in the application. As said, PayPro Tokens will be the only currency enabled to pay fees.

Nevertheless, we acknowledge the fact that making obligatory for our users to be constantly buying PayPro tokens might diminish the user experience. for this reason, we will take advantage of the development of our gateway to allow the exchange from user’ existing-funds to PayPro tokens automatically every time the users need to pay fees.

Issuing our own Token will allow investors from all over the globe to join PayPro. These investors will have early access to PayPro’s Token at its creation. As the number of tokens will be limited, we expect the price to raise as long as the demand increases. Though, in the future our Token will be traded on all major exchanges as BTC or ETH are today. We expect our Token to become widely used even outside our application as the community grows.

As a private entity, PayPro will not have any kind of property or similar on the marketplace – actually PayPro will have a MIT open-source software license. Our only interest is to make it grow and used by the community.
Nevertheless, we will be holding a number of tokens after the ICO. We will use these tokens to finance our organization and keep creating value for our community, including its users, our investors, developers and all forms of stakeholders.

November 2017
Proof of concept release: an iOS app capable of holding and spending BTC is released into the market.
December 2017
Project Management: we will spend 1 – 2 months on planning the development.
February 2018
Kick-off: all the necessary hires and collaborations will have been done and the development will start. Ethereum integration: Ethereum wallet integrated so users can store all major tokens in our wallet.
July 2018
Marketplace Launch: we will launch our own VISA Card so users can spend in BTC or ETH on top of USD, EUR or GBP.
Tweets by thepaypro
tweets