GreenX is a blockchain ecosystem that enables individual and institutional investors to discover and invest in lucrative, low-risk renewable energy projects around the world.

Developers of renewable energy projects often find it difficult to raise funding for their projects as these projects are generally capital-intensive and require large capital investments. On the other side, institutional investors in renewable energy projects often face considerable risk of having to invest in one to few mega projects due to liquidity limits with their investment funds as the length of the development timeline of these projects can be long. In addition, most of the individual investors are not able to participate in these projects directly as more often than not they have a minimal contribution requirement, sometimes as high as $100,000.

Listing on the GreenX Capital Market is subject to an independent due diligence process along with an AI-based comparative risk analysis. Furthermore, GreenX amis to bridge the gap between its crypto platform and the real world by setting up GreenX subsidiaries registered in the respective project countries along with shared cash accounts with the developer, through which all investments and their returns are channelled. On the other hand, GreenX Global Exchange enables the investors to purchase equities of investment-ready, developed projects immediately where they do not wish to wait during the developing period of the projects.

The GreenX ecosystem provides unparalleled benefits for both developers and investors: 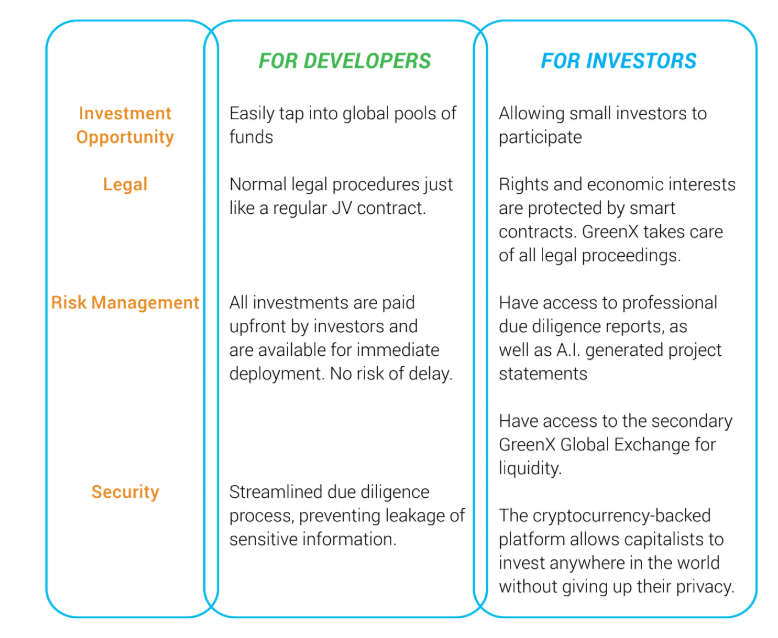 The blockchain infrastructure allows green energy developers to tokenize their projects and attract investments from the crowd. Each investment proposal represents a tokenization event of a green energy project. The project equity is, in fact, a smart contract receipt, backed by real assets – which is the green energy equipment and infrastructure that the developer builds. The project can be funded by pooling small investment amounts from investors globally. Without cryptocurrency, this practice is near impossible to implement with fiat money due to legislation hurdles.

The smart contract mechanism helps GreenX build a global, decentralized funding model that is not possible with fiat. The smart contract assures investor that there is no “smoking mirrors” or “back-room dealings” with the projects. All terms and conditions are laid out in codes and can be inspected quickly and easily.

Lastly, the usage of blockchain technology protects the investors’ privacy while keeping necessary elements of the funding process visible. GreenX divides data into on-chain and off-chain. Most sensitive information such as KYC/AML clearances is encrypted and saved off-chain. On the other hand, public terms of investments are stored on-chain to showcase the project’s data integrity.

Participants of the GreenX Ecosystem

The major participants of the GreenX Ecosystem include: 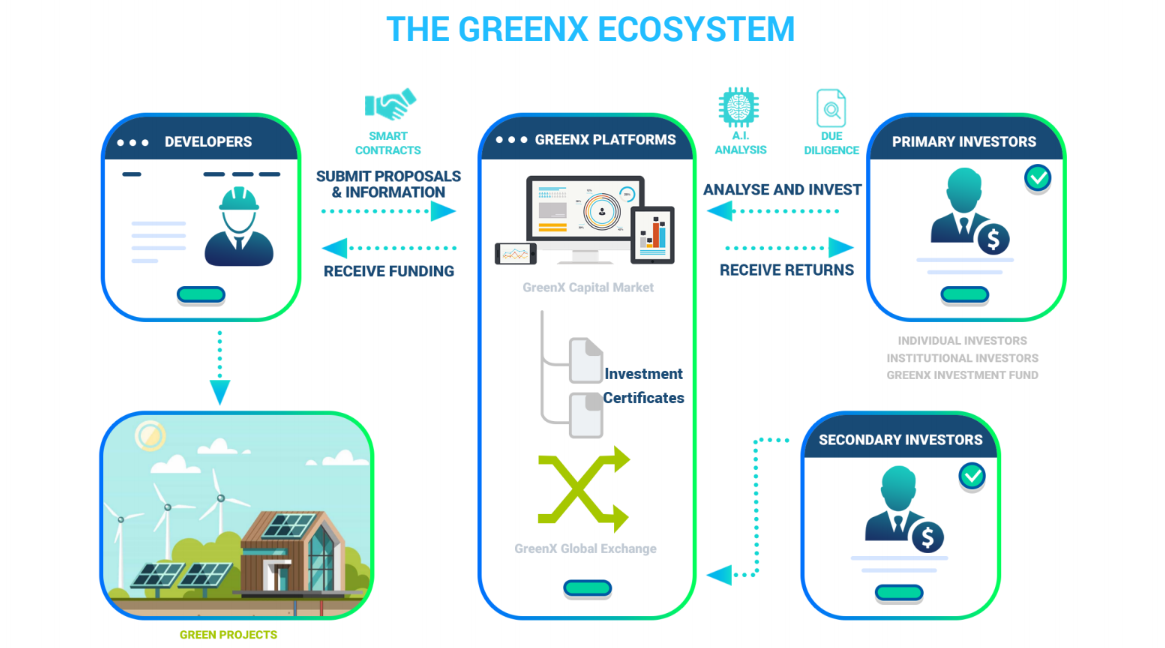 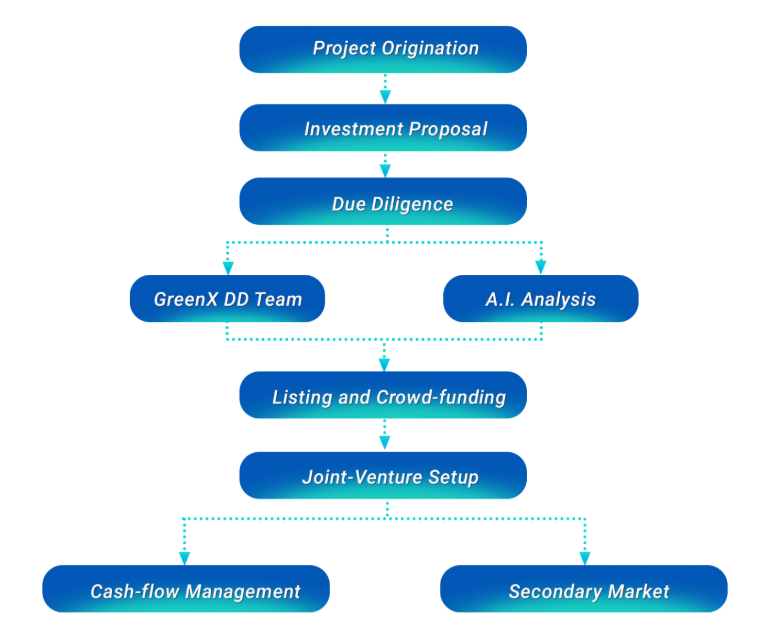