Current – Get Paid To Play All Your Media

Current is an incentivized, blockchain-enabled streaming ecosystem that lets you choose how to stream and pay for your media. 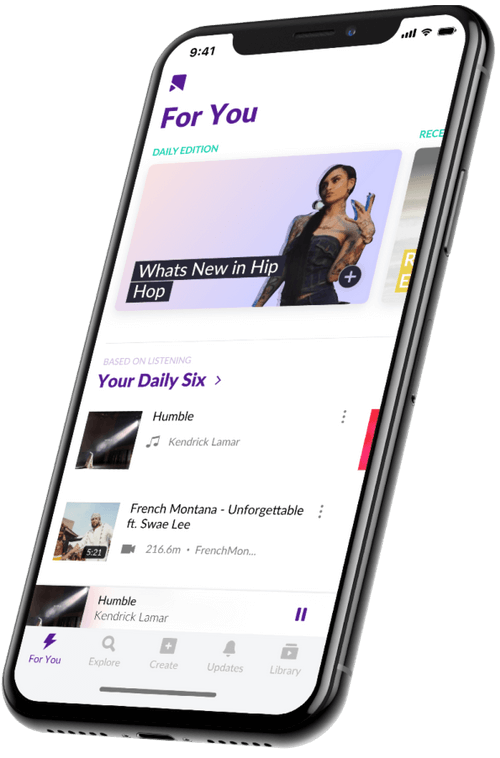 Current has created a digital token (CNRC) that uniquely rewards a person’s time, money spent, and data shared during the media streaming experience. This token can be used on a broad range of products, services, and in-platform ad- vertising.
By consolidating popular media networks into one place, Current already provides more than 160,000 users with a more convenient search and discovery experience. With the launch of CRNC, users will be rewarded for streaming content from their favorite networks like: Spotify, YouTube, SoundCloud, and more.1 The platform combines behavioral data points surrounding the types, times, and topics played by each person across multiple networks to serve up better recommen- dations than any single network alone.

Blockchain technology allows for a new system of transparent accounting that is needed for the instant valuation of time, data, and attention. The Current protocol aligns the interests of all stakeholders in the media consumption cycle to create network effects that drive adoption. By creating a new standard of exchange, Consumers get more choice in how they pay for media, both Creators and Curators get a new form of com- pensation, and Advertisers get more transparent accounting and audience information. 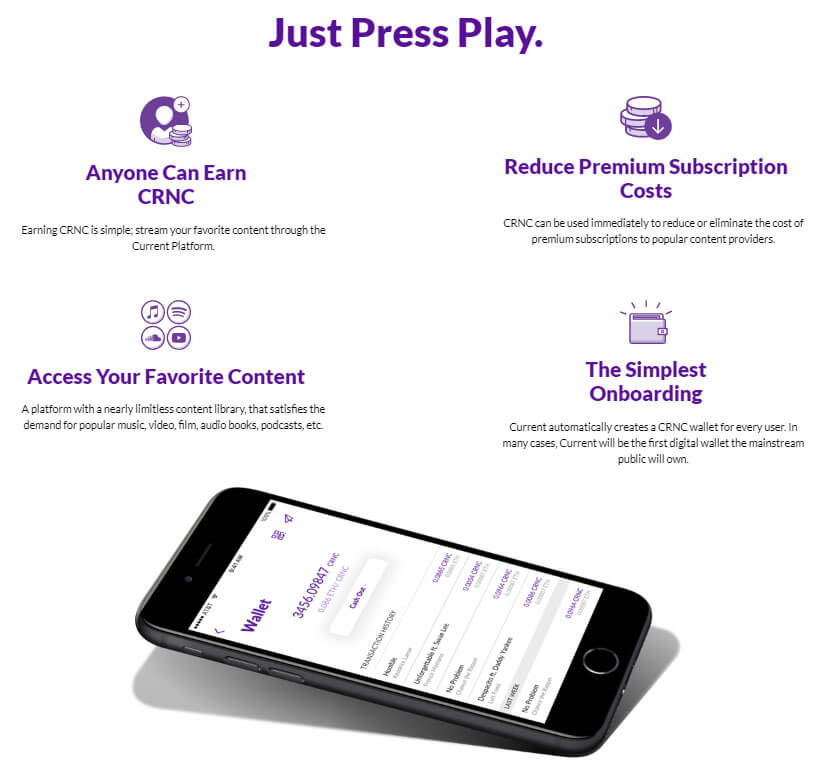 The protocol interacts within the Current plat- form in addition to any other host media network. This introduces a new revenue stream and incentive mechanism for the host network giving it the ability to scale effectively. Over time, dev- elopers will leverage the identity profiles created for future blockchain based systems.

Co-Founder, CEO Dan has been profiled in Forbes, Entrepreneur, & Bloomberg TV for his entrepreneurial achievements. He's had two prior exits from companies generating tens of millions in revenue. Dan has been investing in the blockchain space since 2013.

Co-Founder, CPO With extensive experience leading software and design teams for the last eight years, Nick oversees the product design and development at Current. He has presented on blockchain technology and is an avid Ethereum and Bitcoin investor.

Lead Backend Engineer Joe came to Current after spending time as an early employee at Groupon focused on launching new markets and products. He’s an active investor in cryptocurrencies and determined to bring blockchain technology into everyday life.

Lead iOS Engineer Steven has performed research in machine learning combined with predictive algorithms to analyze financial data. Using his past knowledge will aid in the development of recommendation algorithms through Current.

SVP, SparkPR/ SparkChain Advisor, consultant and thought-leader on emerging technologies coming to market, among them blockchain, artificial intelligence and digital platforms. Jill has over 15 years of experience focused on startups.