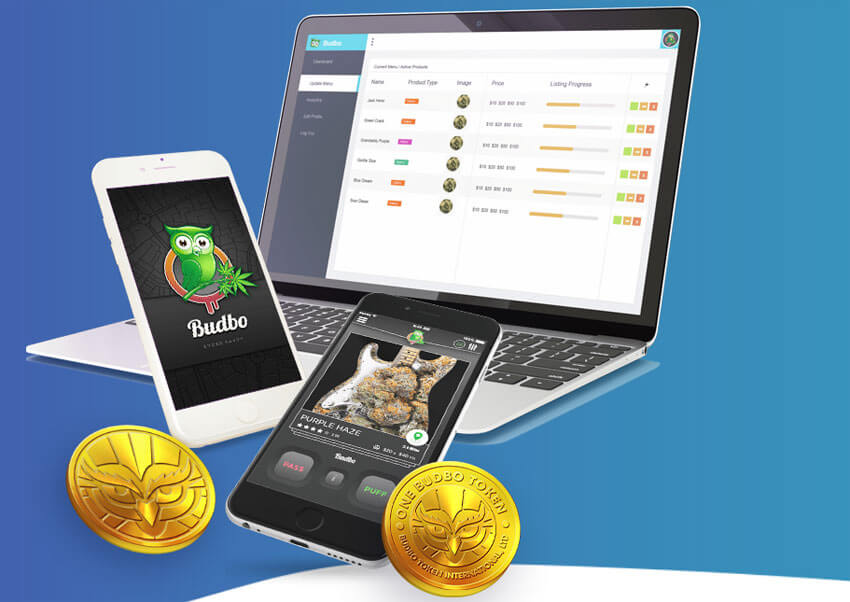 The focus of the Token Sale is to rebuild Budbo in blockchain’s image – Adding a much needed layer of security and transparency within the cannabis industry.

The adoption of the blockchain model will allow the Budbo application to deliver working modular code and a sandbox environment to minimize development time, infrastructure and investment. The application will use an agile design approach and industry-leading Ethereum blockchain technology.

As Budbo’s blockchain application is available via the cloud and compatible with today’s hybrid cloud environment, dispensaries will have the ability to experiment without additional infrastructure expense and get to market faster to a global community of cannabis users.

Blockchain Benefits: Use of Blockchain

Blockchain technology is an emerging way for businesses, industries, and governments to almost instantaneously make and verify transactions—streamlining business processes, saving money, and reducing the potential for fraud. At its core, a blockchain is a data structure used to create a digital transaction ledger that, instead of resting with a single provider, is shared among a distributed network of computers. 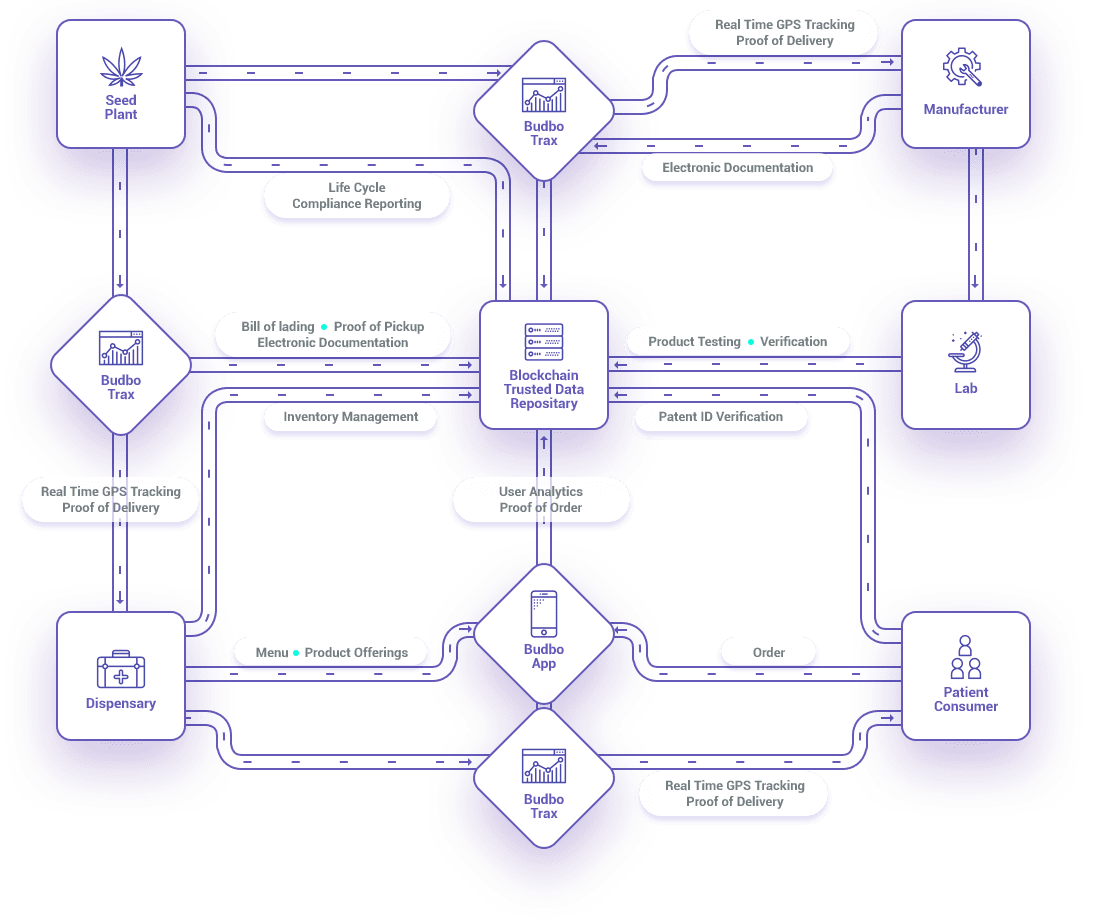 The unique challenges faced by the cannabis industry call for a new solution. Despite the fact that there is an enormous and long-established market, it remains historically illegal and difficult to access for businesses. The rapid growth and expansion of the sector makes it especially lucrative for dispensaries and transporters, particularly through the increasingly legalized channels. Consumers in the US spent over $53 billion on cannabis in 2016 alone, that number more then quadruples when looked at on a global scale. Through medical research and progression the industry is transitioning into a large legal economy, and Budbo can be a major factor in facilitating this historical change.

Budbo aims to address the fragmentation and marginalization in the cannabis industry through the creation of a unified platform that enables a unified cannabis seed to sale and supply chain management process on a global platform. We will base our efforts around a new Budbo blockchain and token. The Budbo Token ($BUBO) will fund our efforts through a Token Sale, in a strategic effort to remain as decentralized from traditional forms as possible. Our goal is to be the first cannabisfocused platform that meets the needs of users, suppliers (dispensaries) and couriers built on the blockchain crypto-technology. We aim to be the one-stop platform that will integrate, accelerate and facilitate a new generation of transparency and social interaction in the rapidly growing and increasingly legalized cannabis industry.

Budbo’s unique ‘tinder model’ has proven to be highly effective in driving alignment between our business and operating models. The combination of a best-in-class mobile app and business intelligence tool empowers users to connect and interact in ways that have never been possible. By adopting the social component of popular networks like Tinder, Budbo facilitates communication with people and streamlines the shopping process through robust algorithms to aid users in the matching process of best “strain matches”. The incorporation of the blockchain cryptocurrency model will enable us to take the Budbo platform to the next level of development by properly fulfilling our value proposition and capturing a portion of the value created through:

The Budbo blockchain ecosystem will store transactional records in the blockchain throughout the life cycle of a product, including all relevant data about the end to end process.

Moreover, the end user can discover new strains in ways never before possible. Dispensaries gain invaluable data on local user preferences, and benefit from key analytics to know which strains to grow and which products to stock in order to increase sales and grow revenue. The data exchange happens through APIs which are accessed by the Budbo Token.

The global cannabis data exchange environment that Budbo, Inc provides is built on blockchain & smart contracts, with data stored in immutable ledgers. This establishes Budbo Inc. as the single source of true unmanipulated data for the global cannabis network.

With an already established (and growing) base of more than 75,000 recurring users, Budbo delivers critical business intelligence to dispensaries, leading to proactive decision-making. Integrating the blockchain cryptocurrency model into Budbo’s existing structure will solve many issues surrounding the supply chain management of the cannabis industry. The Budbo Token sale will create the first and only cannabis blockchain network that utilizes a utility token as the monetary exchange creating enormous long term value in the token.